Lenovo launched the fourth-generation flagship ThinkPad X1 Extreme notebook computer with the latest Intel technology and NVIDIA components stuffed into that famous thin and light carbon fiber body. The company also showed off a new AMD-powered ThinkPad Yoga, a new pair of Chromebooks, and a series of accessories, including a webcam, mouse, keyboard and charger. 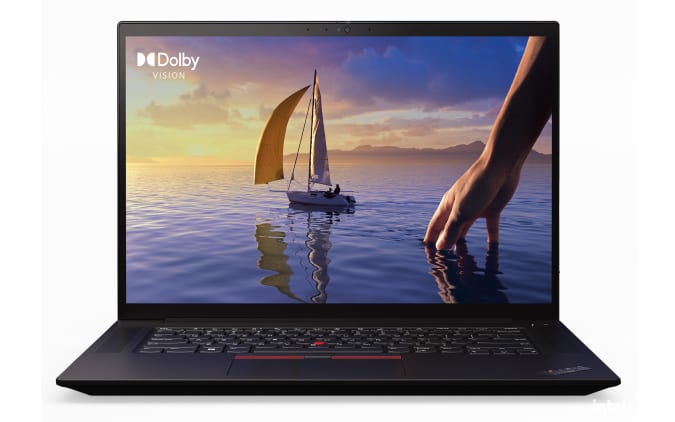 The ThinkPad X1 Extreme is certainly the high point of the new launch. As usual, it's housed in a reinforced carbon fiber body to keep the weight down and it's indeed very thin and light at just 17.7mm and 1.81 kg (just under four pounds, depending on the configuration). For the latest model, Lenovo added a new hybrid cooling system with traditional heat pipes, a large vapor chamber, keyboard air intake and dual bypass design meant to improve air circulation.

And why is this extra cooling needed, you may ask? The X1 Extreme now comes with some pretty powerful components, including 11th-generation Intel Core i9 H-series processors along with up to NVIDIA RTX 3080 graphics (starting at RTX-3050 Ti). The latter powers a new 16-inch, 16:10 display with either a QHD+ or UHD+ panels. The higher-resolution displays (both touch and non-touch) offer Dolby Vision HDR support and 600 nits of peak brightness. While not full 10-bit screens, they offer 8+2 bit (FRC dithered) color to simulate 10-bit, for any display nerds out there.

It can be configured with up to 64GB of DDR4 memory, two 2TB M.2 PCIe Gen4 SSDs and a 90 Wh battery that delivers up to 10.7 hours of battery life. Other features include WiFi 6E and optional 5G Wireless WAN, an FHD or FHD infrared webcam with a physical camera shutter, Dolby Atmos Speakers, a fingerprint reader and a larger 115mm touchpad (along with a trackpoint).

In other words, this looks like a potent system for creators on the go or even gamers who want to keep things light and low-profile. Flagship laptops don't come cheap, though: the ThinkPad X1 Extreme Gen 4 starts at $2,150 and arrives in August 2021. 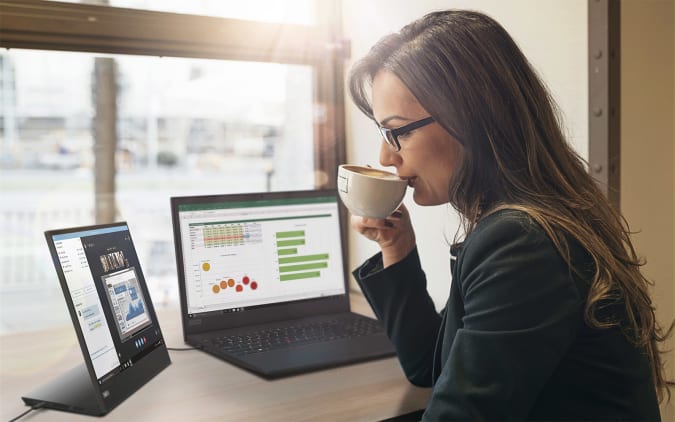 To go with the ThinkPad X1 Extreme, Lenovo announced a pair of mobile monitors. The ThinkVision M15 (above) nearly doubles the screen area available but is very portable at just 1.9 pounds — and it can even connect to a phone via the full-function USB Type-C port. It could potentially be a great option for video creation on the go, for example.

The ThinkVision T24m-20 is designed more for dedicated workspaces, with a USB Type-C docking solution that provides 90 watts of power delivery to compatible devices. It also supports multi-monitor configurations and more. The M15 Mobile Monitor starts at $230, while the T24m-20 starts at $300. Both arrive in Q3 2021. 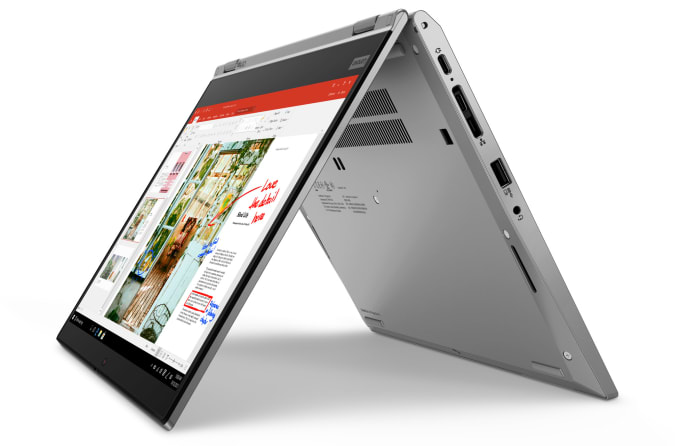 Lenovo also revealed a pair of AMD Ryzen 5000 series ThinkPad L13 laptops, the L13 Yoga Gen 2 and L13 Gen 2 models. Both feature AMD Radeon graphics, up to 16GB of DDR4 memory, HD webcams with privacy shutter (including an IR option), 1TB of PCIe SSD storage and 13.3-inch, 300 nit FHD displays. Naturally, the Yoga model has a flip-around display with touch capability and weighs in a bit more at 3.17 pounds, while the standard L13 model offers touch or non-touch, and tips the scales at 3.06 pounds. The L13 starts at $800 and the Yoga at $1,000, with both expected to arrive in August 2021. 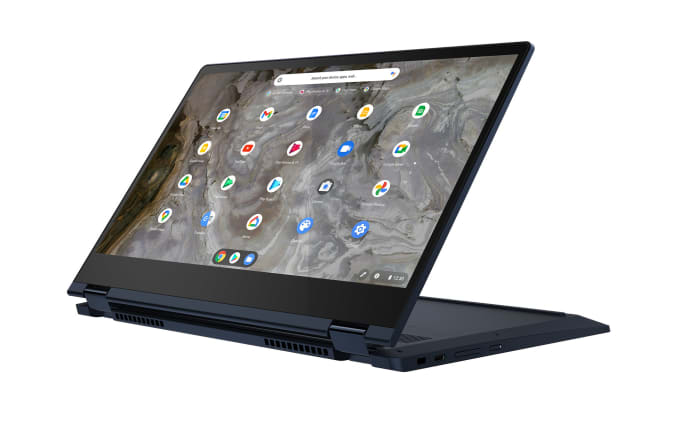 If it's a Chromebook you're after, Lenovo launched two new models, the 5i-14 and Flex 5i-13 Chromebooks. Both feature Intel Core i5 processors with up to 512GB of SSD storage, along with WiFi 6, webcams with privacy shutters, two USB 3.1 Gen 1 Type C ports, a single USB 3.1 type A port and ten hours of battery life. The Flex model offers a 13.3-inch FHD IPS touchscreen and even an optional OLED display with 400 nits of brightness. The 5i-14 Chromebook, meanwhile, comes with a 14-inch FHD 300 nit IPS touchscreen. Both models start at $440, with the Flex model arriving in June 2021 and the 5i-14 coming in July 2021. 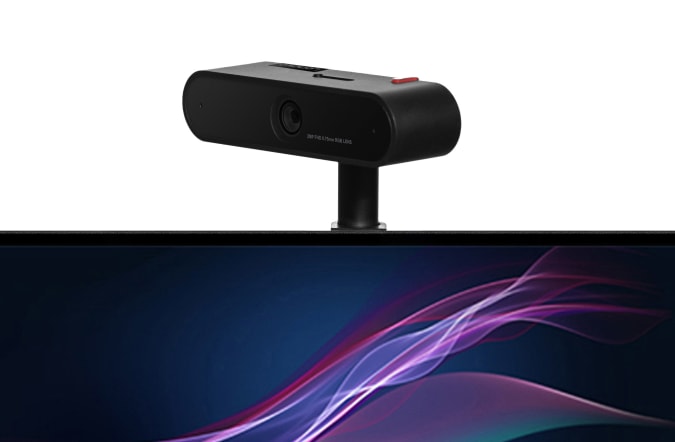 Next: Samsung’s best SSD 980 Pro is priced at US$100 on Prime Membership Day