Home > Notebook > Notebook: 6 ways that Ellie and Noah’s relationship is toxic (and 4 ways that are perfect)

Notebook: 6 ways that Ellie and Noah’s relationship is toxic (and 4 ways that are perfect)

is a beloved romance

among millennials, which was adapted from the best-selling novel of the same name by Nicholas Sparks. Starring

follows the lives of Noah and Allie, whose love is tested by differences in backgrounds, romantic rivals, and their self-made destruction. Through all their trials and tribulations, the couple's love proves to be victorious.

For many years, Noah and Allie have been hailed as the epitome of the younger generation

should be. Passionate, enduring, and most of all, steadfast. But, if we're being honest, there are also a few things about Noah and Allie's relationship that leave much to be desired. If we're being really honest, some things about their relationship were straight-up toxic. Keep reading as we dive into the good -- and the bad.

Ryan Gosling's charming portrayal of Noah has left audiences swooning for years. But, if you think about it, many of Noah's romantic gestures were rooted in emotional manipulation and abuse. Take, for example, the famous ferris wheel scene when Noah crashes Allie's date.

After asking Allie out and being turned down Noah hung from a ferris wheel and threatened to jump if Allie didn't agree to go on a date with him, thus kicking off their courtship. Super manipulative and uncool!

One huge source of conflict between Noah and Allie is her mom's refusal to let them date. You see, Allie came from a privileged background and Noah was poor. Since Allie's mom didn't think that Noah could provide for Allie, she did everything in her power to keep them apart (more on that later).

Through all of her mother's interference, Allie always defended her right to love freely, no matter how much money she could have had with another man. Eventually, Allie and Noah do end up separated (thanks to her mother), but eventually, they find their way back to each other.

matures, Noah seems gets a ton of flack for his actions within his relationship with Allie. But Allie isn't completely innocent either.

Throughout their relationship, she's physically abusive towards Noah, often slapping, pushing, or otherwise hurting him when she's angry. Her actions are often downplayed because, but it doesn't make them any less serious. Seriously not cool.

Toxic - Noah Is Obsessed With Allie

Love is supposed to be all-consuming, but there is a line. For instance, obsessing over someone to the point that you can't function without them is unhealthy. Toxic even, and boy, is Noah obsessed with Allie.

From their very first meeting, Noah fixates on Allie, basically deciding that he can't be happy without her, which drives all of his decisions. Years later, after he guilted her into going out with him, and they're not longer together, he commits to finishing the house they were going to buy together, hoping to seal their fate. While that might sound really sweet, it proves that he can't take no for an answer.

are built on honesty, and that's something that Allie and Noah have in droves. Their relationship might be incredibly dysfunctional at times, but they're never dishonest with their feelings.

There's never any doubt about whether each is hopelessly in love with the other. Sure, various obstacles test that love, but ultimately, they always lay their feelings out plain. 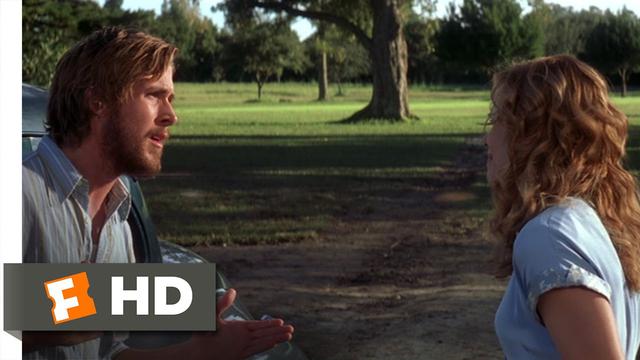 Toxic - They Fight (All The Time)

Love is never all roses and sunshine. Even the healthiest couple fights from time to time, but Noah and Allie's fights are particularly nasty. Their fights are pretty brutal and they always go for each other's jugular.

Sure, this creates many avenues for them to make up, but ultimately, it just feeds the discontent between them and inspires resentment down the line.

Perfect - They Have Fun Together

One thing you can't deny about Noah and Allie is that they have fun together. Sure, some of the activities they engage in are dangerous, but the fun they have together is more than worth it.

When it all comes down to it, they prove that each other's company is enough to keep each other happy.

Toxic - They Cheat With Each Other

It doesn't matter how unwavering your love is, cheating is never acceptable. Cheating is a selfish act that always hurt people.

It seems that Ellie and Noah didn't have enough problems, and they committed adultery together. Next, when Ellie got married, she and Noah faced each other again, and they had an affair. In the end, this reconciliation reconciled them, but this is not correct.

favorite moment, but it's not as sweet as it seems on paper. In fact, it's actually kind of creepy when you think about it.

Noah and Allie weren't even together at the time, and Allie had moved on to someone else. Noah thought that a grand gesture would help win Allie back (and eventually it did), but it just further proved that it was Noah's way or the highway.

Perfect - Noah Takes Care Of Allie When She Is Old

In sickness and in health is probably the most important line of wedding vows, but one that most people don't honor. Too often, once a spouse gets sick, the other ditches them because the stress is too great.

One beautiful aspect of Noah and Allie's relationship is that even after Allie develops dementia, he stays by her side. This is true, even as Noah battles his own health issues; his love for Allie never wavers. Unfortunately, their bond is so strong, that soon after Allie passes, Noah dies shortly after.

10 Celeb Couples You Totally Forgot About From The 90S

10 Celebrity Couples That Are Marriage Goals

Alia is a pop culture and wellness writer. She loves life, celebrities, and social commentary, in that order.